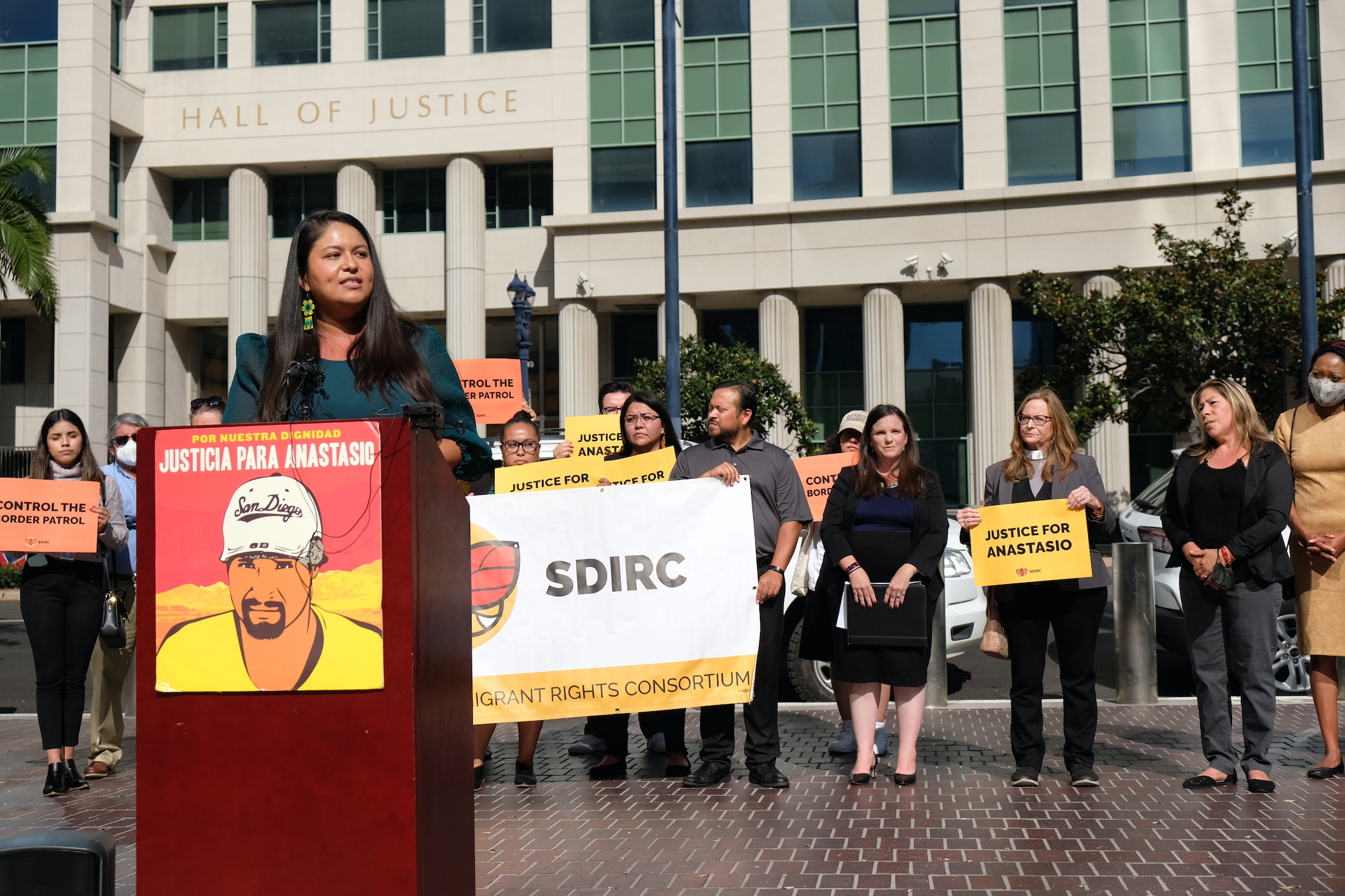 Obstruction of justice charges must be filed against BP shadow unit agents in the SDPD homicide investigation of Anastasio Hernández Rojas.

Anastasio was a long-time San Diego resident who died as a result of the violent injuries he sustained from U.S. Customs and Border Protection (CBP) agents in May 2010.

Recent evidence outlined in a letter from the Southern Border Communities Coalition to members of Congress reveals that Border Patrol deployed criminal investigation teams in the San Diego sector, also known as CIITs (Critical Incident Investigative Teams), to engage in the homicide investigation without the knowledge of SDPD. Their actions included colluding with the agents involved, hiding or tampering with evidence and obstructing the SDPD investigation without any legal authority, direct oversight or accountability.

Last week these shadow CIIT teams were exposed for operating without any investigative authority and impeding the SDPD homicide investigation. Border Patrol shadow units and the chiefs who direct them are acting without any authority to investigate agents involved in use-of-force incidents. They interfered in SDPD’s investigation and they are subject to state criminal charges.

SDIRC stands here today with the family of Anastasio to shine a light on the circumstances surrounding his death and the cover up by Border Patrol agents and chiefs that followed. The Border Patrol Critical Incident Investigative Teams do not operate to seek justice - they operate to protect the agents, the chiefs and the agency. We are not safe when those that are supposedly doing the investigation are actually doing the cover up. Any other community member would have been prosecuted in this case yet Border Patrol agents have never been held accountable. Dignity, justice, and accountability are what we fight for and the abuses of power that took place must be exposed.

Anastasio is always on our minds and in our hearts. Now is the moment we uplift his memory to urge the District Attorney to apply their legal power to investigate and prosecute those who acted without legal authority. I am deeply concerned about the safety of our border communities. Since 2010, over 150 people have died in the hands of Border Patrol yet not a single Border Patrol agent has been held accountable. The time to act is now. We seek transparency. We seek truth. We seek accountability. After all, transparency without accountability is not justice.

All people should be treated with dignity and respect. AFSC has accompanied Anastasio’s family on this global journey for justice for more than a decade. Their resolve and the community that supports them have led to a decade long fight for honoring Anastasio who was killed because he held his head high and he asked for medical attention. He asked to be treated as any of us would want to be treated, as a human being.

The District Attorney’s office has a critical role to exercise their legal authority to protect the integrity of local law enforcement investigations. States can prosecute federal agents for state crimes such as protecting investigations from unlawful interference by Border Patrol CIIT agents and the chiefs who direct them. Opening an investigation and pursuing obstruction of justice charges sets a powerful precedent for how to prosecute CIITs nationwide.

View/download the SDIRC letter to the San Diego DA