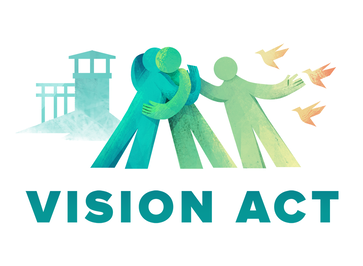 SAN DIEGO --  This afternoon, the Appropriations Committee of the California Senate approved the VISION Act, Assembly Bill 937 authored by Assemblymember Wendy Carrillo and co-authored locally by Assemblymember Lorena Gonzalez and Senator Ben Hueso. The VISION Act would ensure that once a person has earned their release from state prison or local jail, they are not transferred to abusive and possibly deadly ICE detention, and instead are able to reunite with their loved ones and rebuild their lives. This includes a person who has completed their sentence, been granted parole, had charges dropped, or been granted release by a judge. The measure now heads to the Senate floor, where a vote will take place by September 10, after which the bill would reach the Governor’s desk.

In San Diego County, the San Diego Sheriff’s department regularly transfers inmates to Immigration and Customs Enforcement (ICE) upon completing their sentence, for deportation or detention. While most transfers to ICE are not allowed under SB 54, there is an exception for individuals who have been convicted of certain crimes.

This new report shares how SB 54 has been implemented within San Diego county, and how after three years, agencies have yet to come into full compliance with SB 54. The San Diego Sheriff’s Department is transferring individuals to ICE who fall within the transfer exceptions under SB 54; however, if the VISION Act is signed into law, all state and local law enforcement agencies must comply and end ICE transfers. San Diego communities need the VISION Act if there is to be community trust and law enforcement accountability when it comes to ending the collaboration between state/local law enforcement and federal immigration enforcement.

San Diego County is actively supporting this bill and it is part of their legislative agenda. The San Diego Immigrant Rights Consortium is part of a broader effort working to pass the VISION Act led by the ICE Out of California Coalition.

"We urge the California Senate to pass the VISION Act and for the Governor to sign it into law. The VISION Act could end the prison-to-deportation pipeline in California and stop inhumane transfers of people who have served their time only to be deported. While some transfers are not allowed under SB 54, this report highlights key findings that show that SB 54 alone is not enough to protect our communities. After 3 years, only a few law enforcement agencies are in compliance in San Diego County, and even when implemented, SB 54 is not enough. We need Sheriff Gore to end ICE transfers and for California to pass the VISION Act.”

Members of the media can schedule an interview with Dulce Garcia by contacting Kendall Martin at [email protected] or by calling or texting him at (619) 629-0337.