Immigrant Day: Learning from the Past, Looking to the Future

As the granddaughter of Japanese Americans who were imprisoned during World War II, the importance of Immigrant Day could not be clearer. After all, this is a chance for advocates like myself and others across the state to join efforts and advocate for immigrant rights in Sacramento.

The 21st Annual Immigrant Day will take place on Monday, May 15, and the  San Diego Immigrant Rights Consortium is proud to be sending a record-size delegation to our state’s capital. Close to 40 leaders from across San Diego County will join hundreds of other community members and activists who will meet with elected representatives from every quarter of the county.

It is these very advocacy efforts, alongside continuous community organizing over the last two decades, which have led to California emerging as a nationwide leader in advancing immigrant rights.

Today, California is seen as the first line of defense against a federal administration that seeks to criminalize and deport individuals at all costs.  The policies that we will be advocating for in Sacramento are designed to protect individuals from a harsh federal administration that is actively pursuing partnerships with state and local law enforcement agencies, and expanding immigrant detention.

We will be supporting the following priorities:

At a time when the federal government and many states are stripping away basic rights for immigrants, each year California continues to expand protections for noncitizens.  However, it is only in recent history that California has emerged as a leader in immigrant rights.

Anti-immigrant sentiment has been present in California since the beginning of our state’s history. Upset by overcrowded mines during the California Gold Rush era, state legislators passed the Foreign Miners’ License law, which imposed a monthly tax on all foreign miners.

When my Japanese American great-grandparents arrived to California at the turn of the 20th Century, they entered a state where discrimination and fear of immigrants ran rampant, and xenophobic rhetoric claiming American jobs and land were being taken away by newcomers was normal. 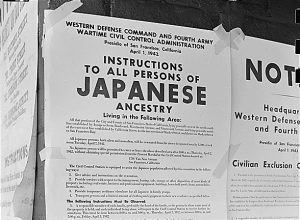 The California Legislature sought to remedy the situation through legislation such as the 1913 and 1920 Alien Land Law Acts, which prohibited non-US citizens from owning land and entering into long and short-term leases. Eventually, this same fear would lead to the imprisonment of thousands of Japanese and Japanese Americans during World War II.

Fueled by discrimination against growing Latino and Asian immigrant populations, in 1994 voters approved Proposition 187, which would have denied social services to undocumented immigrants.  Fortunately, Prop 187 was stopped in the courts, but not before igniting a whole new generation of leaders and activists who organized citizenship drives and registered new voters, changing the voting demographics and the leadership of California. As people continued organizing, they were able to shift the political climate and move California to where it is today.

California has come a long way, but the work is far from over.

We are no longer a state that prohibits immigrants from holding land, and a proposition such as 187 would never pass today. However, we face new threats from the federal level, and are hearing rhetoric that very closely mirrors the rhetoric that led to my grandparents being imprisoned.

Today, more than ever we need to organize and come together to fight for policies that protect all Californians.  As I prepare for Immigrant Day, these thoughts weigh heavily in my mind.

May we continue to build upon the progress of the last 20 years, and eventually push the rest of the country to do the same.

Erin Tsurumoto Grassi is the Human Rights Policy Advisor for Alliance San  Diego and helps coordinate the San Diego Immigrant Rights Consortium. You can reach her at [email protected]