Statement on Gov. Brown’s decision to Send National Guard Troops to the Border 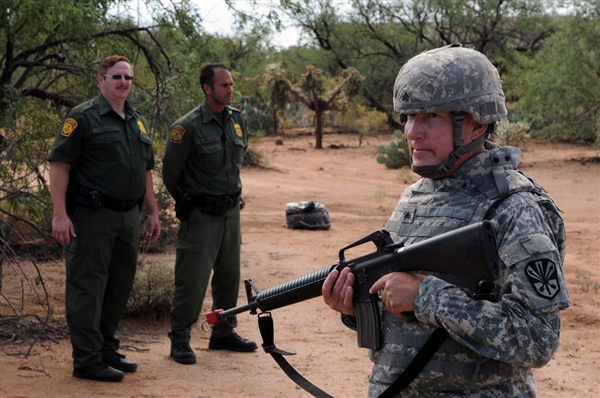 SAN DIEGO, CA -- Today, Gov. Jerry Brown announced that he plans to deploy up to 400 National Guard troops throughout the state to help support existing “transnational crime” operations. The announcement comes in response to President Trump’s unjustified request to deploy troops to the southern border region until he gets his vanity wall.

Gov. Brown plans to limit the role of the National Guard to ongoing statewide operations targeting human traffickers, illegal firearms, and drug smugglers. Their mission will not include building a wall or enforcing federal immigration laws, the governor said.

Trump’s obsession with building a wall is pushing governors from the four southern border states to deploy National Guard troops, further militarizing communities already reeling from the heavy-handed presence of border agents. This is Trump’s latest tantrum to get funding for his border wall despite the fact that:

“Even though Gov. Brown is limiting the scope of the mission for the National Guard, the deployment is still in response to a flawed logic that we need more boots on the ground. Our region is already hyper-militarized with thousands of border agents who are able to stop and frisk people on their way to school or work without probable cause. Here in San Diego County, border agents far outnumber the local police force, separating families and striking fear in communities. Although Brown says the National Guard will not be engaged in immigration enforcement, their presence enables Trump’s deportation force to do more harm.

Gov. Brown’s decision to side with Trump on sending troops to the border sends the wrong message to California and the nation that border communities can be used as political pawns. We reject any move to further militarize our communities by sending soldiers trained to wage war. Regardless of their mission, the fact is that soldiers should not be patrolling our communities. We are not war zones.”