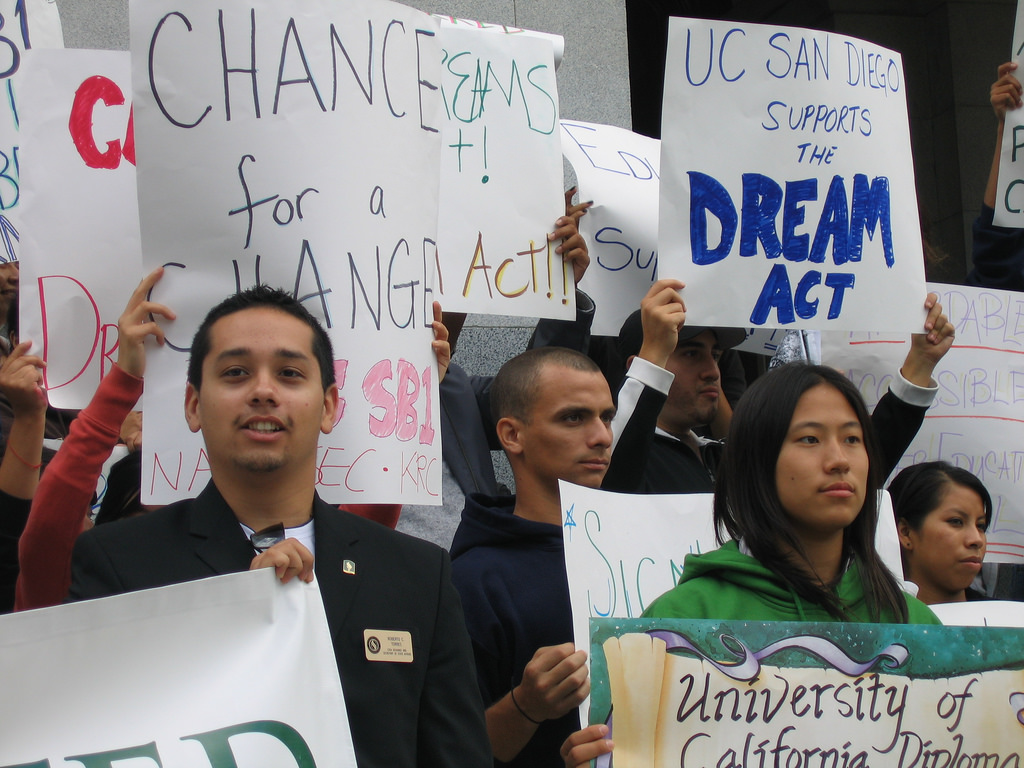 SAN DIEGO, CA — Today, House Democrats introduced a sweeping bill that would put millions of young immigrants and others with temporary protections on a path to citizenship, reaffirming immigrant families’ vital role in our communities.

The Dream and Promise Act would protect young immigrants who came to the United States as children from deportation while putting them on a path to citizenship, including up to 40,000 young immigrants in San Diego County.

The proposed legislation would also protect hundreds of thousands of immigrants who have Temporary Protection Status (TPS) but who are set to lose those protections. This includes immigrants from El Salvador, Honduras and Haiti who fled war or natural disasters in their home countries and have been in the United States for many years. Finally, the bill would protect thousands of Liberians who fled their country’s civil war and who are protected from deportation via the Deferred Enforced Departure (DED), which will expire on March 31.

“The Dream and Promise Act is the boldest, most comprehensive and inclusive proposal that has come out of Congress in almost 18 years since the first introduction of the DREAM Act in 2001. Most importantly, it protects immigrants without hurting others by further militarizing our communities or adding to the current deportation force that already exists. Immigrants like ourselves are integral parts of society and we demand permanent solutions to bring certainty to our lives. We must now work to educate our immigrant sisters and brothers about what this proposed legislation means for each individual and offer resources to trusted legal counsel.  As this legislation makes its way through Congress, we encourage young immigrants enrolled in the Deferred Action for Childhood Arrivals (DACA) program to continue to renew as soon as they can. We urge all immigrant community members to receive a free consultation from trusted and qualified legal counsel.”

Pastor Jean Elise Durandisse, with the Christ United Methodist Church and a member of the San Diego Immigrant Rights Consortium advisory board, released the following statement:

“We must show compassion to survivors of war and natural disasters and support them in their time of need, and this proposal does just that. By giving them a path to apply for permanent protective status, we are helping families stay together while building stronger communities.  Compassion should not have an expiration date, which is why this legislation is so important. At the end of the day, we must treat others the way we would like to be treated and live by the biblical verse ‘For I was hungry and you gave me something to eat, I was thirsty and you gave me something to drink, I was a stranger and you invited me in.’”

The San Diego Immigrant Rights Consortium is a project of Alliance San Diego. Since 2007, community, faith, labor, and legal organizations have come together as the San Diego Immigrant Rights Consortium (SDIRC). Through SDIRC, these organizations are pursuing four common goals: support comprehensive immigration reform; stop the spread of local policies and practices that target and violate the civil and human rights of immigrants; educate immigrants; and educate the public about the important contributions of immigrants. More at: www.immigrantsandiego.org.