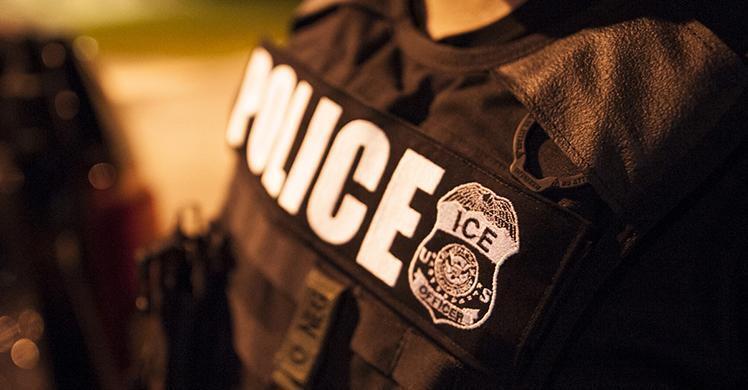 SAN DIEGO, CA — With the nation’s largest number of confirmed COVID-19 cases, the for-profit Otay Mesa Detention Center has become a national coronavirus hotspot as a record number of employees and detainees continue to fall ill. So far, at least 16 detainees and seven employees have tested positive for the virus.

Over the weekend, guards pepper sprayed and handcuffed detainees who refused to sign liability waivers in exchange for facemasks. The incident was captured in this horrific audio recording from inside the detention center. It was also reported via attorney testimonials.

Despite the mounting evidence, ICE denied these incidents ever happened.

Sen. Kamala Harris (D-CA) issued a statement over the weekend calling the conditions of the detention center “horrifying” and “unacceptable.” California Atty. Gen. Xavier Becerra also joined the chorus of voices calling on the federal government to reinstate alternatives to detention to protect detainees, staff and the surrounding communities.

“The Department of Homeland Security (DHS) is putting the lives of the detainees in Otay Mesa Detention Center in danger by continuing to detain them in such squalid and inhumane conditions. Many of them are asylum seekers who have no history of violence and/or criminal record. As an attorney who represents detainees in Otay Mesa Detention Center, I’ve heard first-hand accounts from my clients of the attempt to force them to sign liability waivers, the pepper spraying and handcuffing when the detainees did not sign, and punishments for making their own protective equipment. ICE’s statement is in direct contradiction to these accounts, and seeks to obfuscate the truth of the abuse. I urge DHS to seek alternatives to detention and to uphold the human rights and dignity of those who are held within their facilities.”

“The horrific conditions that the people in Otay Mesa Detention Center are being subjected to — being pepper sprayed in their cells, not being provided personal protective equipment during a global pandemic, on top of the pre-existing inhuman conditions in the facility indicate the culture of impunity and lack of accountability of agencies like ICE and CBP. These actions undermine public health and put employees, detainees and our communities at risk. We urge ICE to provide alternatives to detention, personal protective equipment and clean facilities to help combat the spread of COVID-19 and to protect the vulnerable populations of detainees.”

ABOUT THE SOUTHERN BORDER COMMUNITIES COALITION

The Southern Border Communities Coalition (SBCC) brings together organizations from San Diego, California to Brownsville, Texas, to ensure that border enforcement policies and practices are accountable and fair, respect human dignity and human rights, and prevent the loss of life in the region.